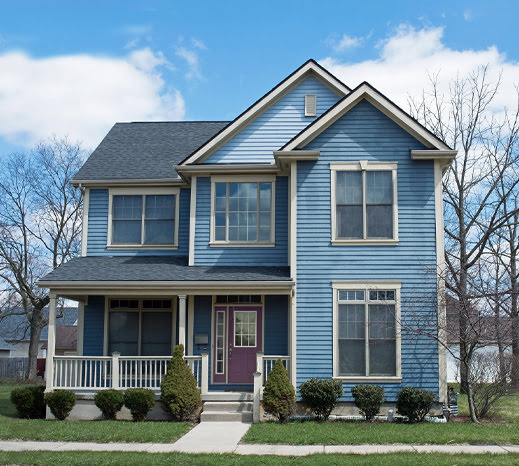 In our last article, we covered some of the common wiring issues of homes built in the 1900s to 1950s. In this article, we’re going to discuss the common wiring issues in homes built in the 1960s to 1980s. The 1960s and 70s had brought about massive changes in how homes were wired—as ways of living changed, our needs for electricity greatly increased. Due to greater electricity demands, the electrical systems we used prior needed to change in order to meet these new standards.

In the 1950s, most homes were comfortably powered with 60 amp systems, but by the 1960s, this amperage almost doubled to 100. This meant that multiple devices could be powered through a single circuit. You could run your microwave, dishwasher, and refrigerator all at the same time without worry!

Although this was enough for homes built in that era, it isn’t quite enough for our modern day appliances. Newer homes are built with several dedicated circuits to support modern appliances that use much more energy than before. Homes built in the 1960s had limited space for breakers, so for those who still have this type of unit in their home will need a sub-panel or a new panel entirely.

Amps and Your Home

Before we get into the details, let’s identify what amps are and how they work in your home. An amp, or ampere, is a unit of electrical current flowing through a circuit. Newer homes typically have between 100 and 200 amps for their circuits, depending on the electrical needs of the home.

We’ll spare you with too many fine details on how electricity flows from your utility company and into your home—but the general flow looks like this:

Thinking of upgrading your panelboard or installing a sub-panel? Contact us for an expert opinion.

In 1961, electrical engineer Charles Dalziel invented the ground-fault circuit interrupter (GFCI). This device is a circuit breaker that shuts off electric power in the event of a ground-fault.

GFCIs were slow to be implemented and were initially only used around pools—but eventually they were required to be installed in bathrooms. It wasn’t until the early 2000’s that GFCIs were considered a requirement of any receptacle within 1.5 meters of a sink. Homeowners with houses built before 1987 will need an electrician to inspect and rectify any areas that do not have GFCIs.

Before the 1960s, copper was the most common material used in household wiring—but a massive shortage caused costs to become way too high for the average homeowner. This resulted in builders turning to aluminum wiring for new construction. Aluminum is a great conductor and was relatively cheap, making it the obvious replacement for copper.

Unfortunately, adding aluminum into new construction led to a host of electrical fires in homes just a few years later. You see, as the industry switched to aluminum wiring, they didn’t make any changes to the light switches or receptacles. These units had terminals made of copper or other metals.

It was quickly realized that a corrosive chemical reaction was occurring between two dissimilar metals when connected—so while aluminum wiring isn’t dangerous in and of itself, it does require a close electrical inspection by an expert to determine its safety in your home.

The Currents of Calgary

Calgary’s oil boom in the 1970s caused a massive growth in the population. The increase in population meant more homes being built and renovated. The timeline of the oil boom aligns with the common wiring issues seen in homes built in this era.

Aluminum vs. Copper Wiring in Calgary

Many Calgarian homes in the 1960s and 70s contain the aluminum wiring we mentioned earlier, which can pose a threat to your home. If there is a mix of copper and aluminum in your home, it is suggested to replace one to match the rest of your house’s wiring system to prevent corrosion reactions.

To check if your home has aluminum wiring, you can check your panelboard’s wiring. Aluminum wires may be marked with ‘AL’, ‘ALUM’, or ‘ALUMINUM’ to indicate what they are made of. If you do not see these markings on the wires in the panelboard, you can also check any wires that are running through the basement or attic.

If you are still unsure of whether your home contains aluminum wiring, we recommend that a professional electrician do an inspection.

Although copper wiring is the top choice due to its electrical conductivity and safety, aluminum wiring can be made safe. However, this can only be done if it is installed properly with the suitable types of receptacles. Only a professional electrician should service these wiring issues in homes. You can contact us for a professional inspection of your home’s wiring!

Feel Good About Your Home’s Wiring

Homes built from the 1960s onwards tend to need less of an overhaul than their early century predecessors, but that doesn’t mean they don’t have their unique challenges. If you own an older home it is imperative to have a trained electrician inspect the house for any of these issues. A simple inspection can save you time and money, and maybe even your home. Don’t put it off any longer, call the experts at 4-Star Electric today!