Electricity Through the Decades 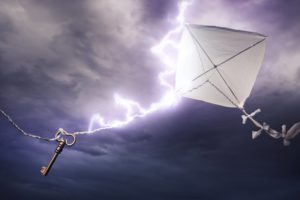 Ever since Benjamin Franklin flew his fateful kite and discovered that electricity could be harnessed, humans have been constantly finding new ways to use electrical energy in our everyday lives. The past 150 years has shown a huge shift in technology. In this article, we are going to take a journey through the decades to see how far electricity has really come:

The first type of electrical wiring used in homes was knob and tube wiring. This setup consisted of two single wires running parallel within the walls or ceiling. These wires went through porcelain tubes and supported with knob insulators. The downside was that this type of wiring was incredibly labour intensive and no ground wire was used.

During this time, flexible armored cable was developed. This type of wiring helped to protect the wires from damage, which was an attractive element. On top of this, a quicker installation mode was developed. Unfortunately, there was no ground wire either, making it too easy to sever the ground connection.

The 1940s brought the metal conduit, which allowed multiple wires to be pulled into the same enclosure. This also offered grounding in ways that the previous methods could not. Because of this, conduit is still in use today!

NM, or non-metallic, cable was developed in the 60s. NM incorporated the a bare ground wire which ran with a hot and neutral wire. This cable was easy to install and relatively inexpensive, making it the clear choice for many homeowners. In fact, NM is another method used to this day.

The price of copper went through the roof, and as a result, contractors turned to a cheaper alternative: aluminum wire. While this material was easier on the wallet, it tended to have a short lifespan. Homeowners soon discovered that their electrical systems would become defective much sooner than expected.

Homes built today most often use NM cable that is flexible, heat and fire resistant, easy to install, and relatively inexpensive. Ultimately this is the most effective and safe option on the market today.

Electrical wiring has come a long way since its inception in the late 1800s! That being said, not every house has had its electrical system updated. If your home was built more than twenty five years ago, it’s a good idea to get experts in to make sure that your electrical system is safe and operating up to code. Here at 4-Star Electric Ltd., we are experts at recognizing the different historical wiring modes and finding the most effective ways to convert them into modern systems. Contact us today and let’s get your home into the 21st century!